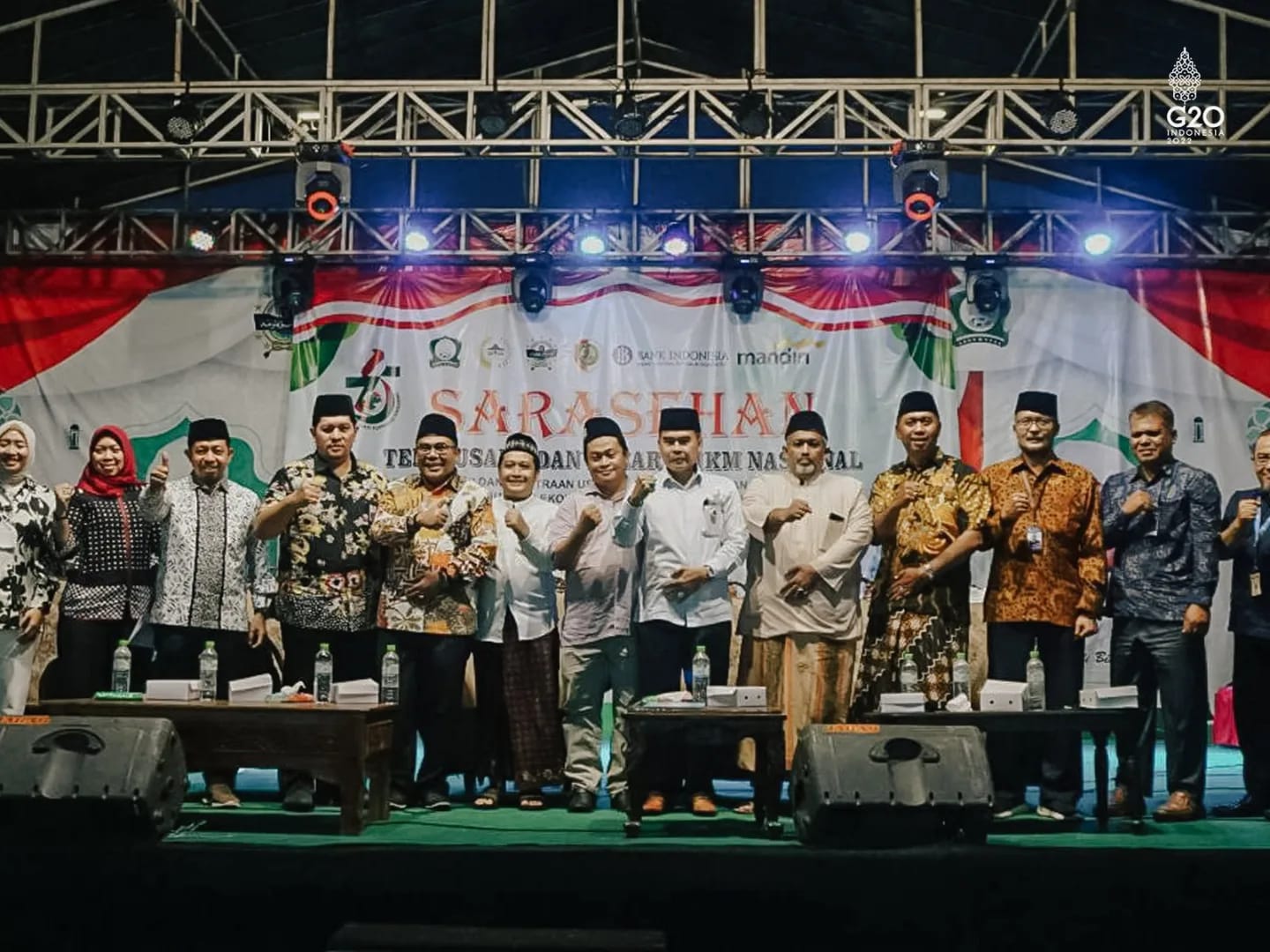 Representing Habib Luthfi, Hasbullah Ahmad Secretary of the Wantimpres members attended the Workshop: National MSME Business Meeting and Bazaar on Tuesday (12/07) in Mojokerto, East Java. The MSME Workshop and Bazaar which was held in the field of Sawahan Village, Mojosari, Mojokerto was part of a series of Haul KH. Qusairi Mansyur & Masyayik activities.

In his speech, Hasbullah reminded the great potential possessed by Islamic boarding schools in encouraging economic independence and building the nation. For this reason, it is hoped that the various suggestions, input and enlightenment given by the resource persons can be an inspiration and provision to be followed up by all present, especially the Nahdliyin residents in Mojokerto.

Meanwhile, KH Asip Kholbihi, Chairman of the UREKA Cooperative (Umat Rejaning Karyo, whose establishment was initiated by Habib Luthfi), emphasized the importance of collaboration and synergy from various parties to strengthen and expand business partnership networks. In this way, it is hoped that the economic independence of the pesantren, the economic revival of the people, especially in the effort to recover the economy of the community around the pesantren from the impact of the Covid-19 pandemic will be realized.

Present as resource persons at the workshop were from the Ministry of Cooperatives and SMEs, the Ministry of Religion, Bank Indonesia, Bank Mandiri, Indogrosir, PT. Ureka Indonesia. Also present were the Deputy Regent of Mojokerto, Muhammad Albarraa, the Head of the Darul Hikmah Islamic Boarding School, KH. Ali Mas’ady, Chairman of the Ureka Cooperative, KH. Asip Kholbihi along with religious and community leaders.