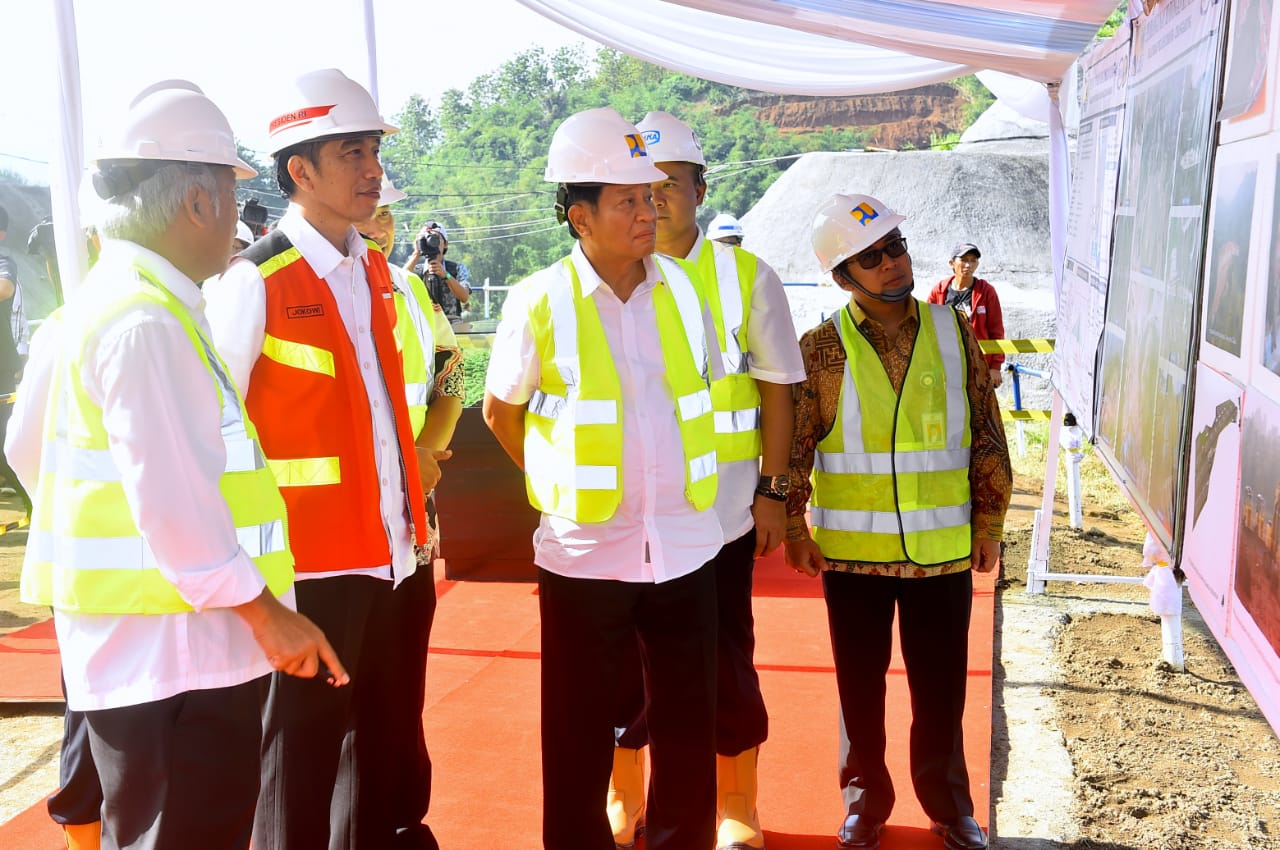 On May 25, 2018, General (Ret.) Agum Gumelar, Member of the Presidential Advisory Council (WANTIMPRES) held a working visit to Kuningan Regency, West Java, in order to accompany Ir. H. Joko Widodo, President of the Republic of Indonesia, with 2 main agendas: 1). Surveying the construction of Kuningan Dam in Randusari Village, Cibeureum District, and 2). Handing over of 7,000 land certificates of residents in Kuningan Regency, West Java.

According to the President Jokowi, the Kuningan Dam is projected accommodate 25 million cubic meters of water which can later irrigate 3,000 hectares of rice fields, and provide water supply for approximately 300 liters per second for 300,000 households (KK), both in the Kuningan and the areas located below Kuningan, namely Brebes. The Dam has an area of ​​221 hectares which dam up the Cikaro River, a watercourse of the Cisanggarung River. The progress of the Dam construction has reached nearly 80 percent and planned to be completed in December 2018. The total budget needed is around Rp. 500 billion. The Kuningan Dam, besides being useful for irrigation and raw water sources, it can also be used for flood control in Kuningan Regency and as tourist sites.

On the same day, President Joko Widodo handed over 7,000 land rights certificates to the people in Kuningan District, West Java. The certificates were handed over directly to 2,500 recipients. Among 2,500 land certificates recipients, recipients that came from Majalengka Regency are as many as 500 people, 750 people from Kuningan Regency, Indramayu Regency 500 people, Cirebon Regency 500 people, and Cirebon City 500 people. Jokowi said there are 126 million plots of land in Indonesia that must be certified. However, until 2014, there were only 46 million lands can be certified. Therefore, the President wanted to speed up the distribution of land certificates. (AD)