Sidarto Danusubroto, Member of the Presidential Advisory Council as Keynote speaker at the FGD of Transportation Studies Institute   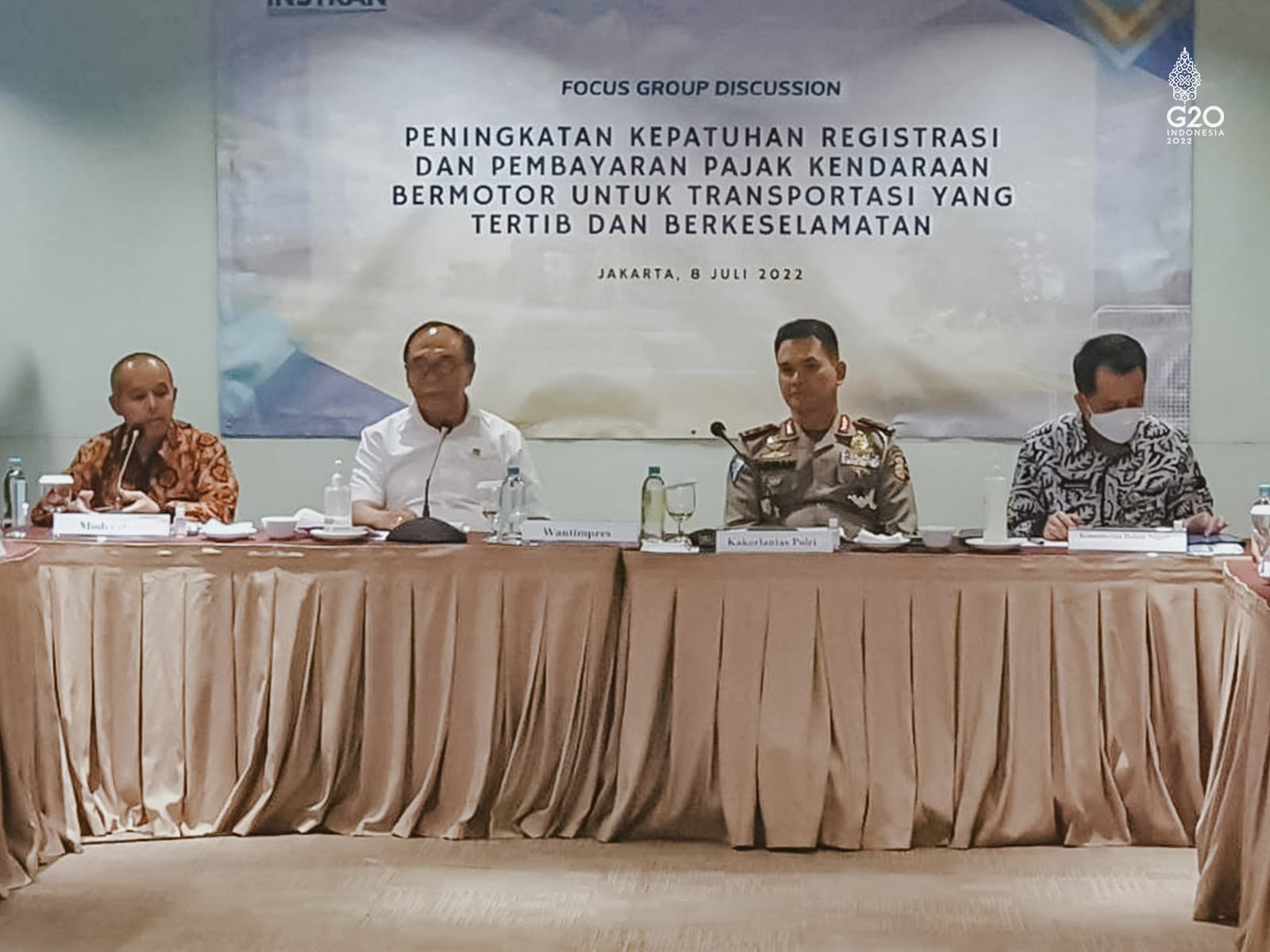 Sidarto Danusubroto, Member of the Wantimpres became the keynote speaker at the FGD of the Institute of Transportation Studies with the theme “Improving Registration Compliance and Payment of Motor Vehicle Taxes for Orderly and Safe Transportation”, at the JS Luwansa hotel, Jakarta (08/07/2022). Also present were the Director of Jasa Marga and a number of officials from various other relevant agencies, including Inspector General of Police Firman Shantyabudi, Head of Traffic Police of the National Police, who acted as the trigger for the discussion.

Almost all countries in the world have policies to impose taxes on their people. In Indonesia, the obligation to pay taxes is regulated in Article 23A of the 1945 Constitution which states: Taxes and other levies that are coercive for the purposes of the state are regulated by law. We must understand that taxes collected by the state or government from its people will be returned to the people in the form of development and other services. The causal relationship is: The government has the right to collect taxes from the people, and is obliged to return them in the form of development and services to the people, while the people are obliged to pay taxes to the state and have the right to demand services and development results from the state or government.

If we look closely, especially since the administration of President Joko Widodo, so many developments have been carried out from tax revenues. Infrastructure development is a government priority covering various fields such as national roads, toll roads, bridges, railways, sea ports (sea highways), airports, housing, irrigation, dams, reservoirs, drinking water supply systems, sanitation, construction of cross-border countries posts, and so on because it is considered that it will increase connectivity and stimulate competitiveness between regions throughout Indonesia and improve logistics efficiency and can encourage competition for domestic products with foreign products.