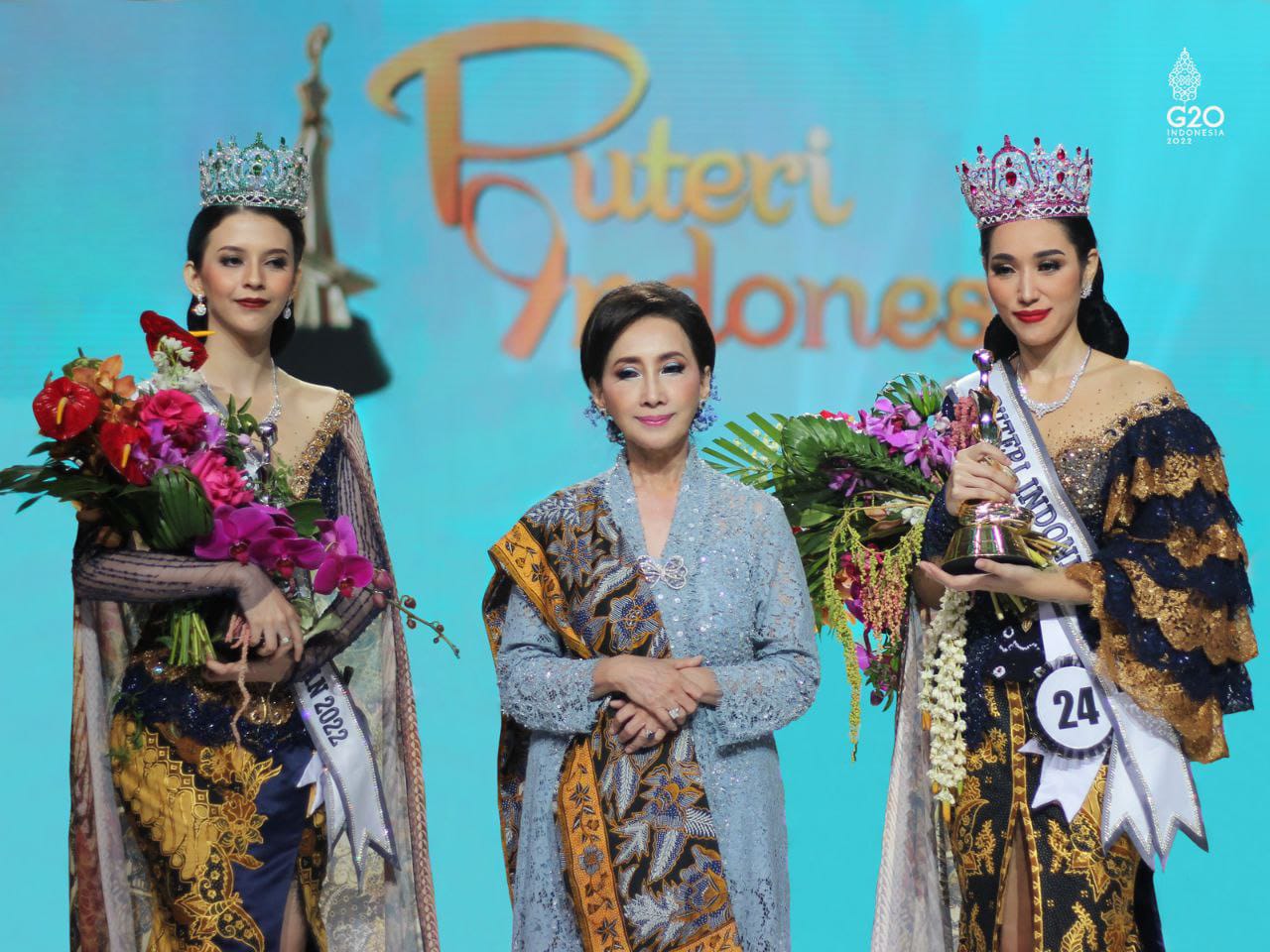 Member of the Presidential Advisory Council, Putri Kus Wisnu Wardani attended and gave a speech at the Grand Final night of the Puteri Indonesia 2022, Friday, May 27, 2022 at the Plenary Hall, Jakarta Convention Center.

In her speech, Putri, who is also the Chairperson of the Advisory Board of the Puteri Indonesia Foundation, said that the Puteri Indonesia Election event was aimed at producing superior human resources who were expected to become ambassadors of the nation who participated in promoting cultural wealth that could become an economic source, especially in supporting the tourism sector. At the same time, these princesses also serve as glue for the nation’s diversity, especially among the younger generation.

At this grand final night event, several figures were presented as members of the jury, including the Chair of the Indonesian House of Representatives, Puan Maharani, the Indonesian Minister of Health, Budi Gunadi Sadikin, Deputy Chairperson of the Indonesian Chamber of Commerce and Industry for Tourism and Creative Economy, Triawan Munaf, Puteri Indonesia 2019, Frederika Alexis Cull and Sireethorn Leeramwart, Miss International 2019 from Thailand. Also present in this activity were members of the Presidential Advisory Council, Sidarto Danusubroto and Muhamad Mardiono.