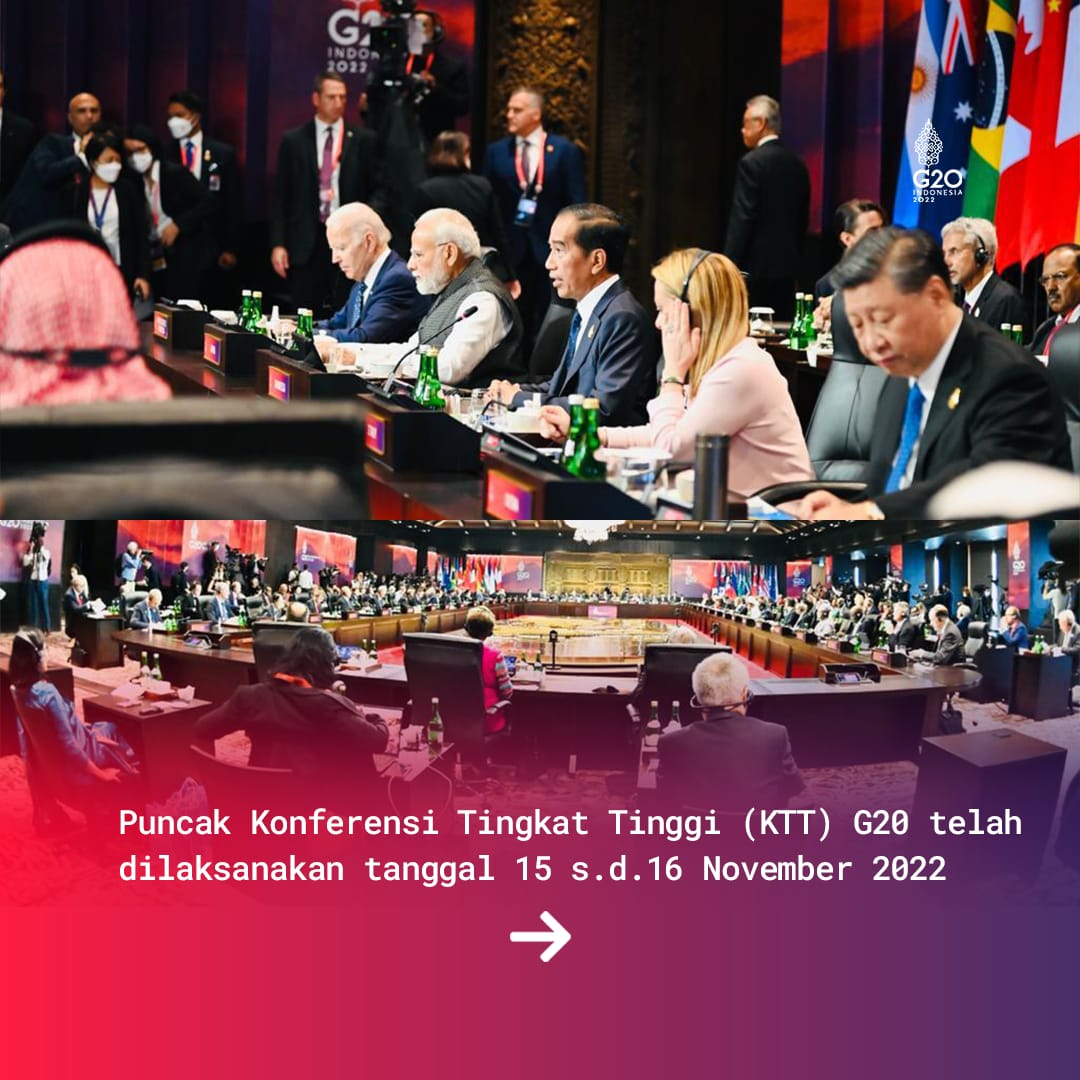 The G20 Summit was held on November 15–16, 2022, at the Apurva Kempinski Bali Hotel, Nusa Dua, Bali. There were 17 heads of state of G20 members in attendance. As for the three heads of state, Russia, Brazil, and Mexico are represented by high-ranking officials of their countries.

Several series of events were held prior to the event’s conclusion. Starting from the implementation of various working groups, engagement groups, and so on. Furthermore, at the peak of the event, state leaders and delegates participated in various activities carried out, including the implementation of conferences, joint banquets, mangrove tree planting, and the closing of the G20 in 2022.

Through the Presidency of the G20 Summit in 2022, President Joko Widodo hopes that the G20 Summit will be beneficial not only for its member countries but for the world, and especially for developing countries.

Furthermore, President Joko Widodo officially closed the series of G20 Summits in 2022, which has been implemented by ratifying the Bali Leaders Declaration that can be adopted. In addition to the declaration, the Indonesian Presidency produced concrete deliverables such as a list of G20 member countries’ cooperation projects and invitations.

At the closing session, President Joko Widodo handed over the hammer of the G20 presidency to India, which will hold the presidency in 2023.