National Assembly and Merah Putih Carnival in the Haul of KH. Qusairi Mansyur and Masyayik 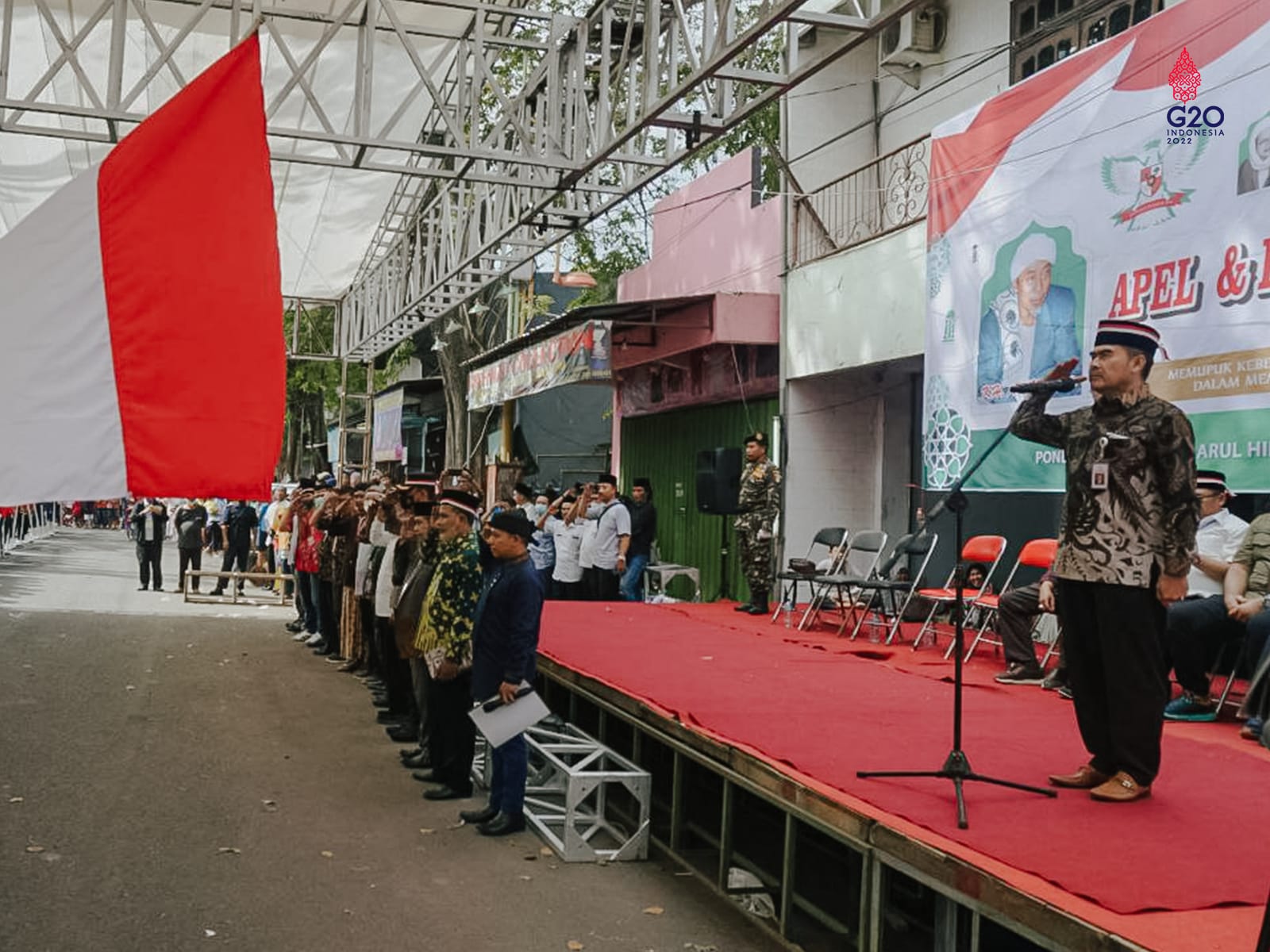 Representing Habib Luthfi, Hasbullah Ahmad, Secretary of the Wantimpres member, led the National Assembly and Merah Putih Carnival on Wednesday (13/7) in Mojokerto, East Java. The National Assembly was held at the Darul Hikmah Islamic Boarding School and continued with the Merah Putih Carnival which ended in the field of Sawahan Village, Mojosari, Mojokerto. These two events are an inseparable series of Haul KH. Qusairi Mansyur & Masyayik activities.

In his mandate as the leader of the National Assembly, Hasbullah emphasized that this activity was not merely a ceremonial activity. This activity is intended as a forum to strengthen the sense of nationality as well as to send a message to evil elements so that they never try to disturb the unity of the nation. If this is done, religious leaders, community leaders, youth, TNI, Polri will not hesitate to face it without reserve.

In addition, this activity is a sign of our gratitude to Allah SWT because it is thanks to His grace that Indonesia became independent, one of which was the fruit of the struggle of a caliber scholar of Kyai Ahmad Qusairi Mansyur. At the end of his mandate, Hasbullah invited all those present to be able to emulate the struggles and sacrifices that have been made by the nation’s heroes, including Kyai Ahmad Qusairi Mansyur. “Let’s proactively pick up the ball, don’t sit idly by, help the community overcome problems that arise by synergizing with each other, working hand in hand with the TNI and Polri,” said Hasbullah.

The National Ceremony which took place very lively was attended by community leaders, interfaith leaders, youth leaders, community organizations, students, Forkopimda Mojokerto Regency Government, TNI and Polri. The Merah Putih Carnival was attended by various groups ranging from the TNI to students. The enthusiasm of the community is also seen by the fulfillment along the route of the Merah Putih Carnival. The excitement of this event, apart from the high public interest, also became more lively with drum band performances from the Combat Engineer Battalion (Yonzipur) Pasuruan, Darul Hikmah Islamic Boarding School as the host and MAN Mojosari. In addition, there are Barongsai attractions from several ethnic Chinese communities in Mojokerto City. During the Merah Putih Carnival, a 300 m long red and white flag was carried by Banser and Fatayat NU.