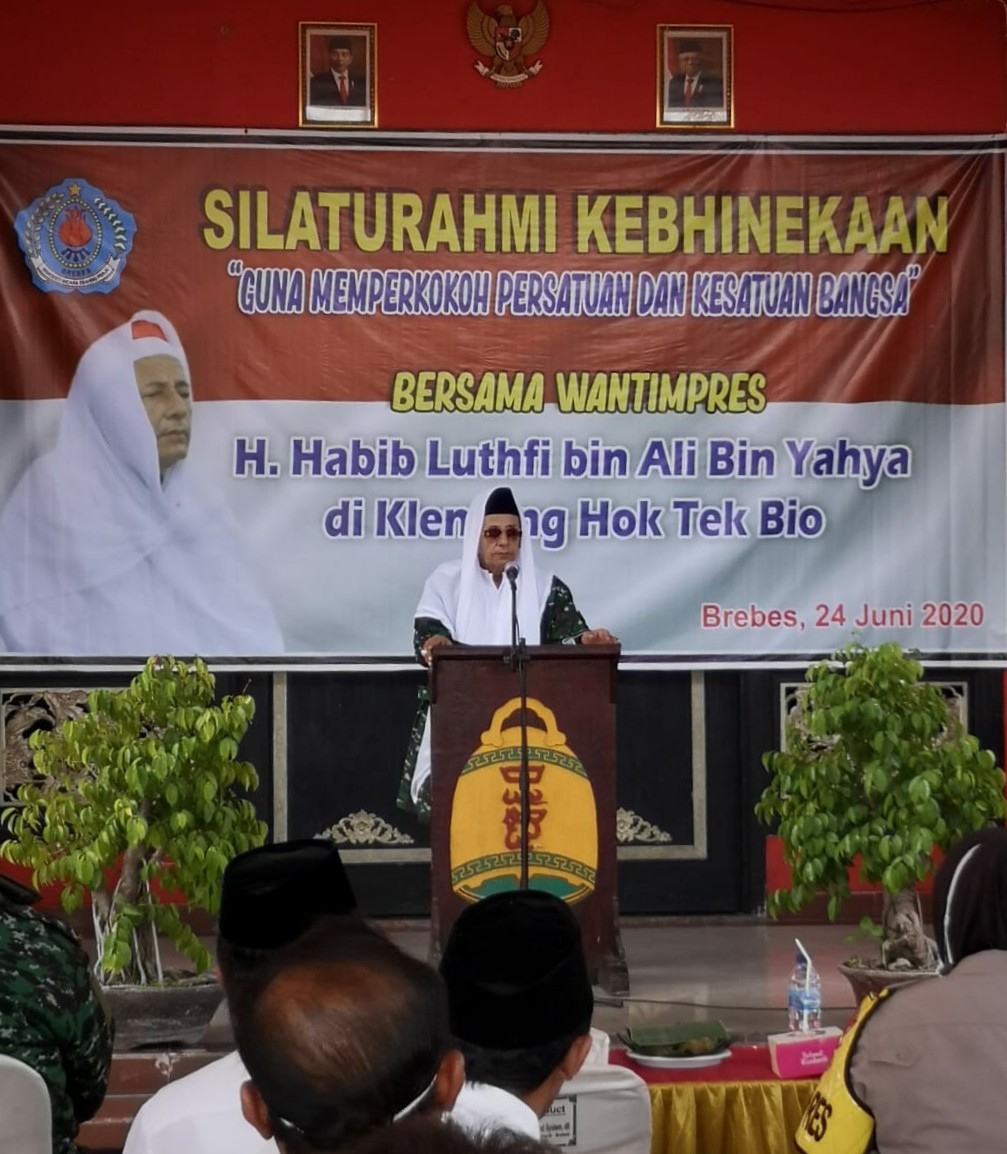 By visiting several places of worship such as the Great Mosque of Brebes Regency, the Klenteng Hong Tek Bio (Chinese Temples), and Gereja Katolik St. Maria Fatima (Catholic Church) in Brebes, the event aimed to strengthen the unity and integrity of the nation.

Habib Luthfi said that the event is one avenue to strengthen the unity and integrity of the nation. Amidst the coronavirus pandemic, it is essential to have a strengthened in togetherness and solidarity among fellow communities and citizens.

He asserted that the solidity of the Unitary State of the Republic of Indonesia (NKRI) is cultivated through preserving diversity and respecting each other.

Strengthening the role of mosques and other places of worship could foster the national defence. It is a kind of obvious example in the nation as a tool of preserving national diversity.

This diversity tool is essential to be promoted. Maintaining diversity means to chart a better future for everyone. Everyone could be an agent to mount national defence force and national unity. Consequently, Indonesia will be a country that never be disintegrated.

On the other hand, the Vice-Regent of Brebes, Narjo, said that the event of strengthening ties of friendship in diversity is critically important. He is hoping that what have been said regarding preserving national defence should be implemented. One of them is promoting the ideas to every religious leaders through such event like this. The event hopefully inspires the people of Brebes to strengthen the ties among religious communities.

During the visit in Klenteng Hok Tek Bio in Brebes Regency, there was a spontaneous show performed by Habib Luthfi after requesting the musical accompaniment of Chinese Barongsai dance to perform. He harmonised the Islamic religious chanting (shalawat) and the lyrics of Padang Bulan (religious chanting) with the rhythm of the Barongsai dance music.

This show sucessfully attracted the audiences’ attention, they instantly sang together with Habib. Because of this, Habib earned warm applauses.

Habib Luthfi then said that the bigger the love to the nation, the more united the nation.

Since many have been affected by coronavirus pandemic, the Member of Presidential Advisory Coucil should always remind religious leaders and public figure to not fighting one against another and maintain conducive situations.

While, the moslem cleric of Brebes Regency, KH. Subhan Makmun, stated that the meaning of Padang Bulan song relates to the national unity and integrity by literally pondering the moon light. Someone’s mind should be at a finest mind, so it is easier to unify and tolerate the differences. Even though we have different faiths and religions, we are not allowed to fight against each other. (AIP)