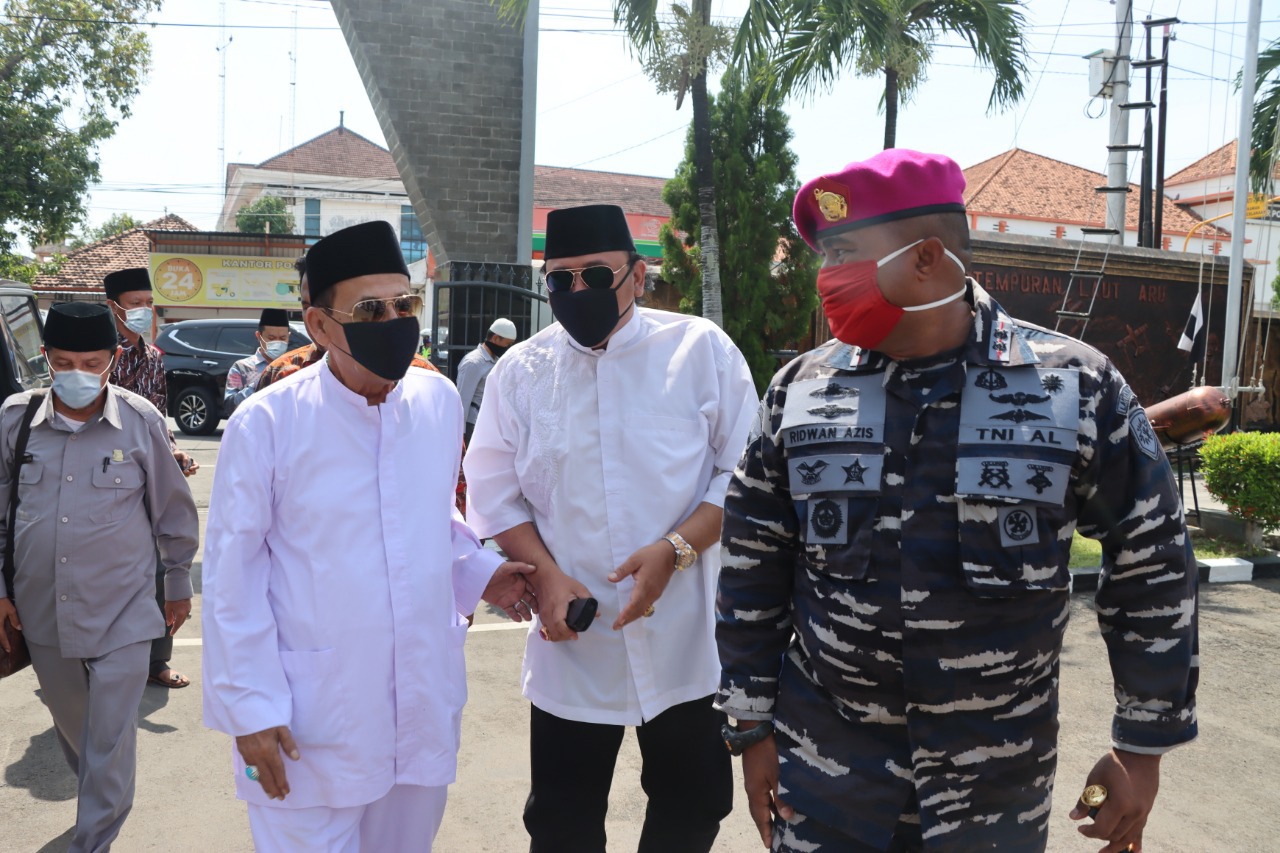 Muhammad Luthfi Ali Yahya, member of the Presidential Advisory Coucil, attended the Tour of Islamic Religious Leader (Safari Ulama), the Government Leaders (Umaro), the Indonesian Military (TNI)-National Police (Polri) in the fight against Covid-19 on June 6th, 2020 at the Headquarters of the Naval Base Command (Mako Lanal) Tegal, Central Java. The Tegal Mayor, the Police Chief of Tegal, the Chairman and the Deputy of the Regional Legislative Council (DPRD) of Tegal were also present. Upon arrival,  Muhammad Luthfi Ali Yahya was welcomed by the Commander of the Naval Base (Danlanal) of Tegal, Lantamal V Koarmada II, Letkol. Mar. Ridwan Azis, M. Tr. Hanla, CHRMP and the staff.

In the welcome speech, Muhammad Luthfi Ali Yahya expressed appreciation for the Regional Leadership Communication Forum (Forkopimda) of Tegal and the audiences. Habib Luthfi stated that “this meeting is an embodiment of power. Instead of disrupting our nation solidity, Covid-19 could be a “seasoning” to unite our nation as an extraordinary power country”.

This tour is expected to maintain and strengthen the sinergy between the Islamic Religious Leaders (Ulama), the Government Leaders (Umaro), and the military and police force (TNI-Polri) in order to uphold the unity of Indonesia.