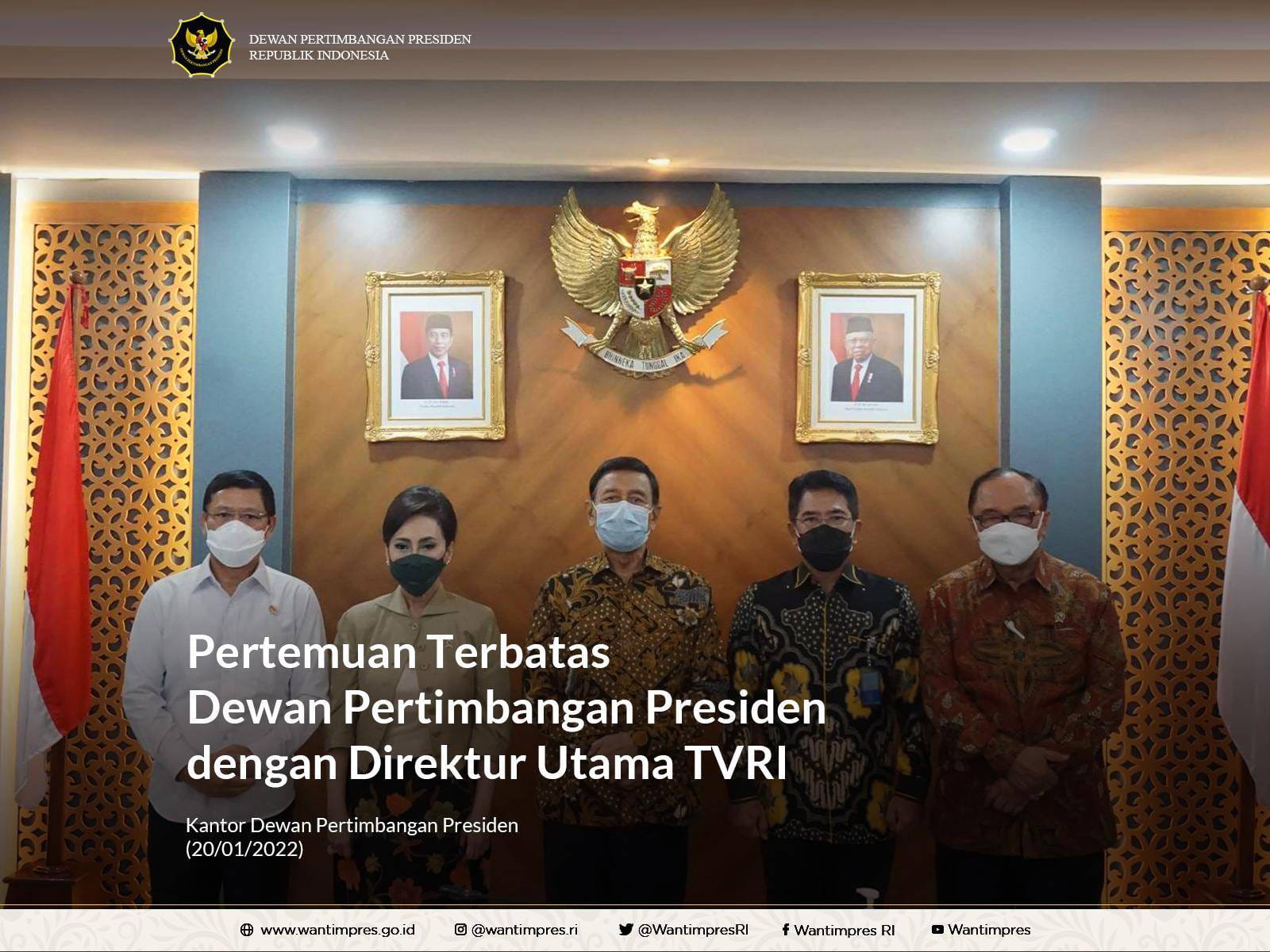 The meeting discussed the challenges as well as the role and strategy of TVRI in the future in the national broadcasting industry.

Currently, there are at least more than 1,000 TV stations throughout Indonesia, hundreds of start-ups both locally and nationally, and there are approximately 8,000 hours of broadcast material each year. Not only that, television competition also comes from other media, such as YouTube.

The Republic of Indonesia Television Public Broadcasting Institution (TVRI), which is one of the public broadcasting institutions owned by the Indonesian government, certainly requires innovation to continue to compete globally and always play a role as a unifying media for the nation.

In addition, the improvement of institutional management, human resources, and adequate infrastructure is deemed necessary to support the presentation of quality and attractive broadcasts for the public, without reducing the main role of TVRI, namely providing services for the benefit of the community. (IP)