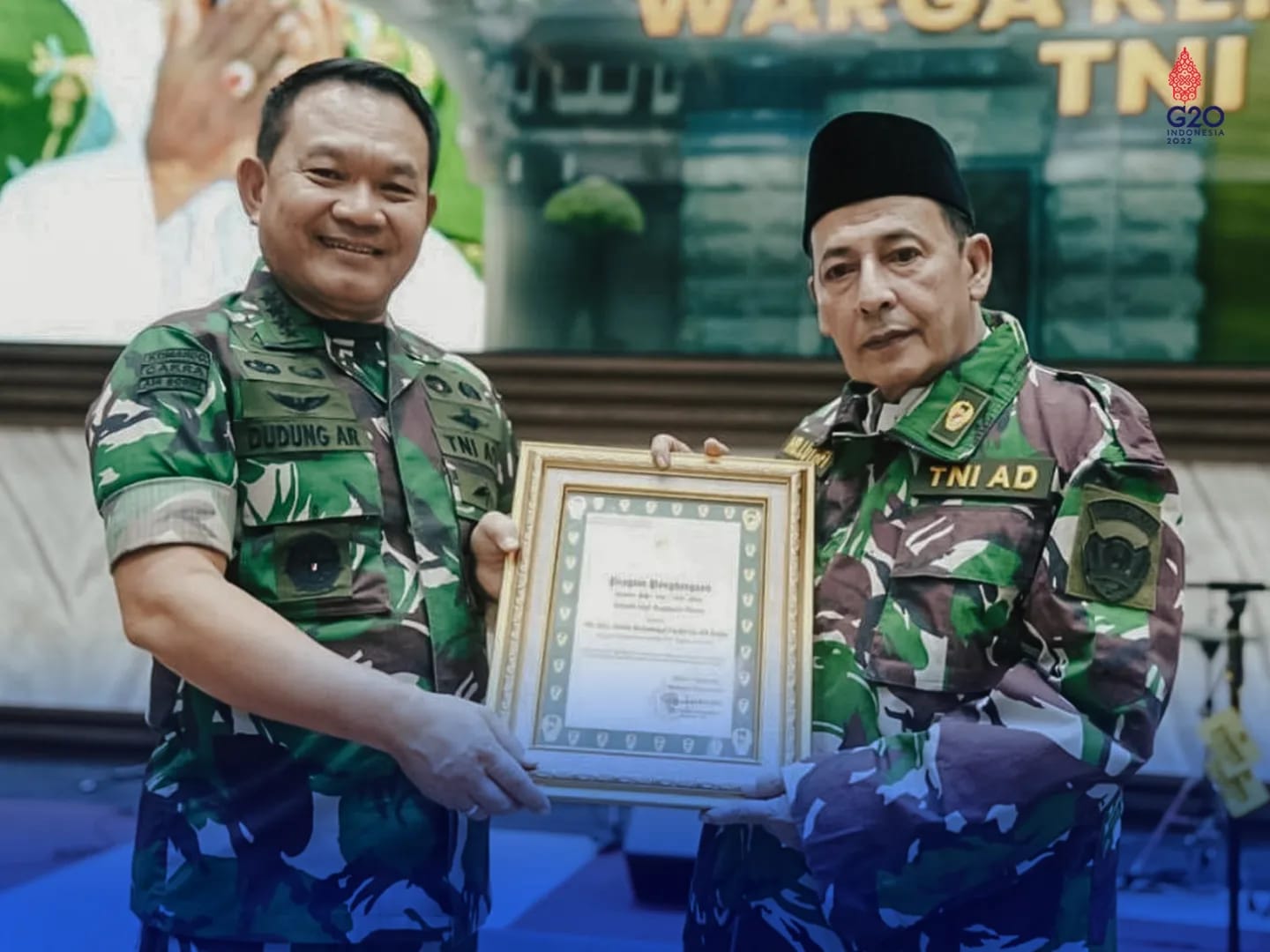 Member of the Presidential Advisory Council Muhammad Luthfi Ali Yahya (Habib Luthfi), was inaugurated by the Army Chief of Staff, General Dudung Abdurachman as an Honorary Citizen of the Indonesian Army on Friday (5/8). The inauguration, which took place at the GPH Djatikusumo Hall, Headquarters, Jakarta, was marked by the pinning of a striped jacket to Habib Luthfi, followed by the handing over of certificates and plaques from the Army Chief of Staff.

In his remarks, the Army Chief of Staff said that through this activity the Indonesian Army wanted to set an example for future generations to have a militant nationalism, love for the Republic of Indonesia with strong tolerance, like the struggle of the predecessor scholars in the struggle to uphold the Indonesian nation. The Army Chief of Staff assessed that Habib Luthfi was a great scholar figure who was very instrumental in encouraging nationalism through peaceful da’wah and strengthening the values ​​of diversity. Habib Luthfi was able to move three pillars at once, namely: religion, nationalism (nationality) and economic growth, all three of which he mixed in a platform of national history into a peaceful propaganda strategy, characterized by multiethnic Indonesians.