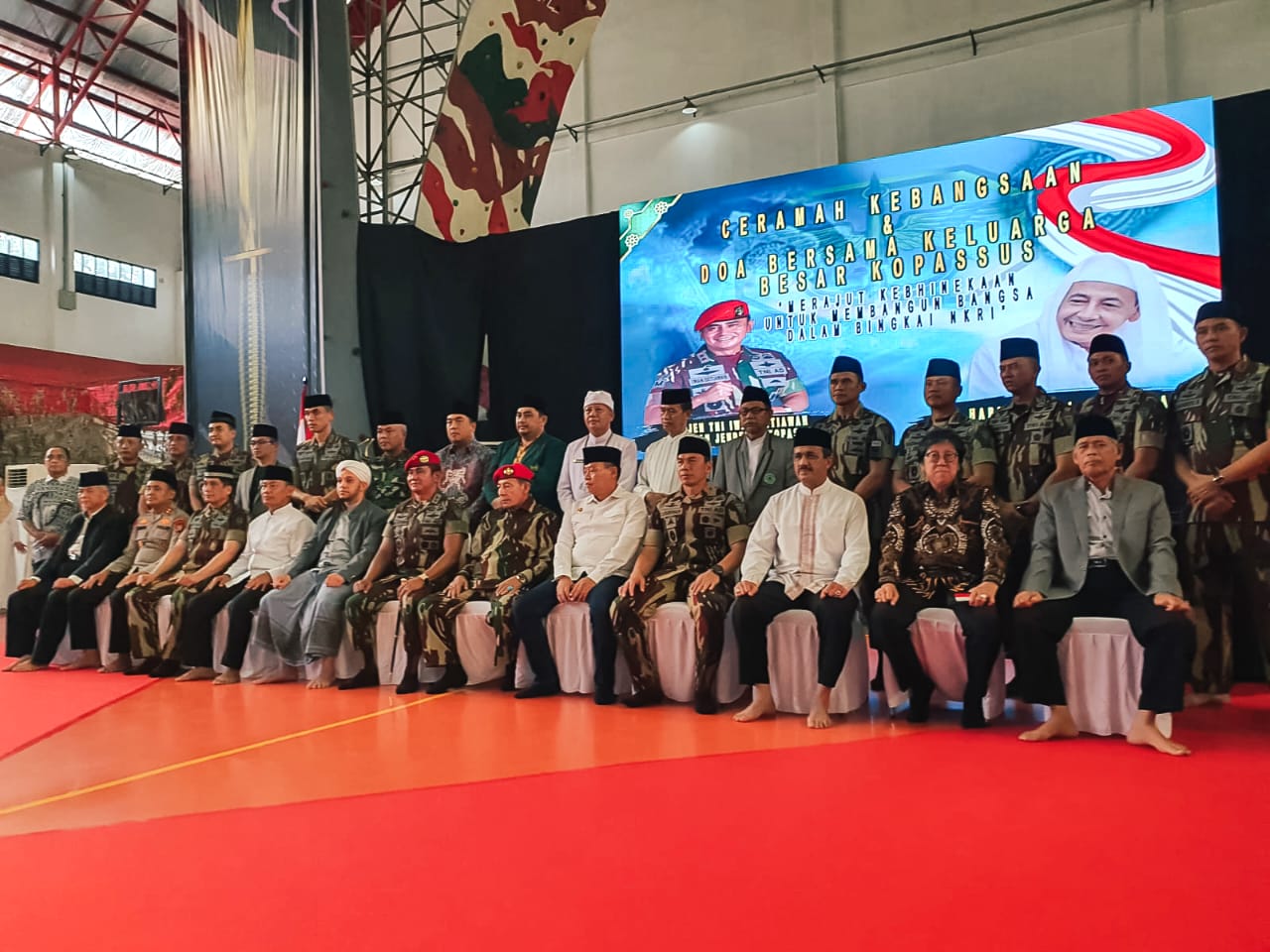 Member of the Presidential Advisory Council Muhammad Luthfi Ali Yahya (Habib Luthfi) gave a national lecture at the “Linking Diversity in the Frame of The Unitary State of the Republic of Indonesia (Merajut Kebhinekaan Dalam Bingkai NKRI)” conference at the Nanggala Sports Building, Kopassus Jakarta Headquarters, on Sunday, April 12. The activity, which was intended to strengthen ukhuwah insaniyah (brotherhood of fellow mankind) and ukhuwah wathoniyah (brotherhood of fellow nation’s children), was attended by various elements of society and Kopassus soldiers.

In his tausyiah of nationality section, Habib Luthfi expressed his concern over the phenomenon of declining love for the motherland among some of the younger generation. A strong and sturdy young generation will only be born from those who are able to appreciate the struggle of their predecessors in defending the Republic of Indonesia. “Don’t let this sense of brotherhood and national unity be divided,” said Habib Luthfi.

He added that the Indonesian nation must be able to uphold the nation’s identity, maintain the honor of the nation, and understand the sense of nationality, one of which is by understanding the verses of the national anthem, Indonesia Raya. In closing, Habib Luthfi inserted his hope and prayer, “May we be a wahda (one) people, a wahda nation, united and not easily shaken.”

Meanwhile, Kopassus Commanding General (Danjen) Major General of the TNI Iwan Setiawan stated in his remarks that the national lecture delivered by Habib Muhammad Luthfi Bin Yahya should be taken advantage of and practiced by Kopassus soldiers in order to increase our faith and piety toward Allah SWT.

“Hopefully Kopassus, together with Habib Muhammad Luthfi Bin Yahya, will become a stronghold guarding Pancasila and maintaining the integrity of the Unitary State of the Republic of Indonesia,” concluded Danjen Kopassus.