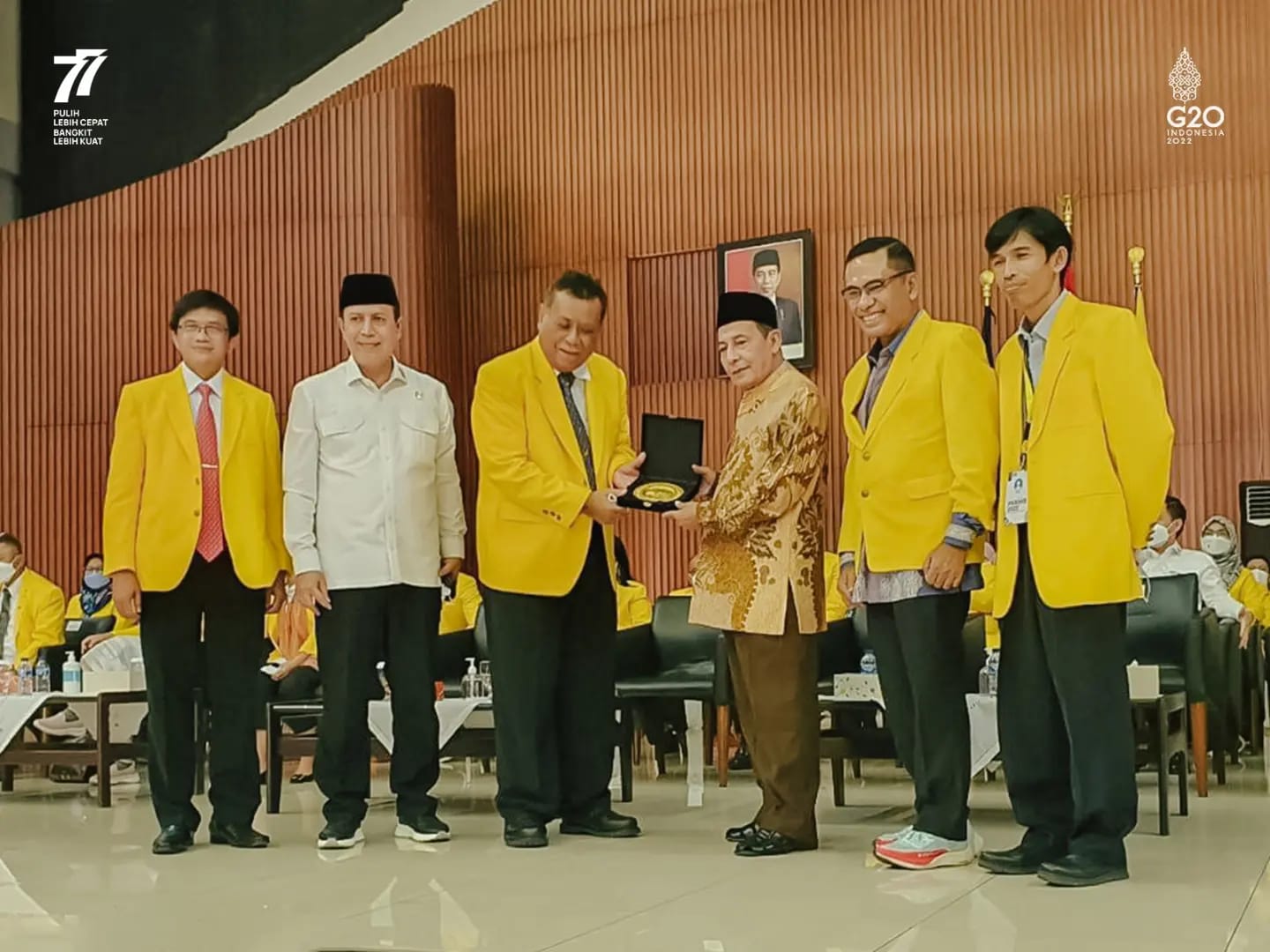 Member of the Presidential Advisory Council, Habib Luthfi along with the Head of BNPT, Komjen Pol. Boy Rafli Amar and the Minister of Finance, Sri Mulyani attended and gave a Public Lecture with the theme “Building Character and Identity of the Indonesian Nation”. The public lecture which was attended by 9,000 new students was held in the Introduction to Campus Life for New Students (PKKMB) Universitas Indonesia (UI) on Monday (8/8) at the UI Depok Hall. The purpose of the General Lecture is to provide insight, motivation and useful experiences for new UI students.

In the public lecture, Habib Luthfi reminded the important message to UI students, “First, to bring the mission of both parents to their efforts to get us to college, according to our ideals and fields that we want. Then, (students) will later carry the mandate of teachers/lecturers to take part in this world,” Habib Luthfi ordered. He further said that the two messages will only be realized through individual awareness. “The answer lies with ourselves, whether later we will become students who disappoint parents and teachers, or vice versa,” he said.

Habib Lutfi also explained the verse of the Qur’an in QS: Al-Hujurat verse 13 that the purpose of this verse is so that humans know each other so that they can benefit others. He explained the lita’arafu sentence in the verse as a means for humans to get to know each other. As for the civilizations brought by the previous prophets, the goal was to get to know the homeland. “If we look at this history as one clump, people who have very high civilizations show that each culture has its own character in loving their homeland,” Habib concluded.

Furthermore, Boy Rafli Amar invites new UI students to always remember the four consensus of the Indonesian nation, namely Pancasila, Bhinneka Tunggal Ika, NKRI, and the 1945 Constitution. In addition to seeking and developing knowledge based on their respective faculties, it is equally important for UI students to build and maintain character. Indonesianness. “The Indonesian character is plural, tolerant, has a patriotic spirit and has the spirit of defending the country,” said Boy Rafli.

He is of the view that the spirit of caring for Indonesia needs to be continuously fostered in the midst of the rapid flow of technological progress and transnational spread, including the radical ideology of terrorism.