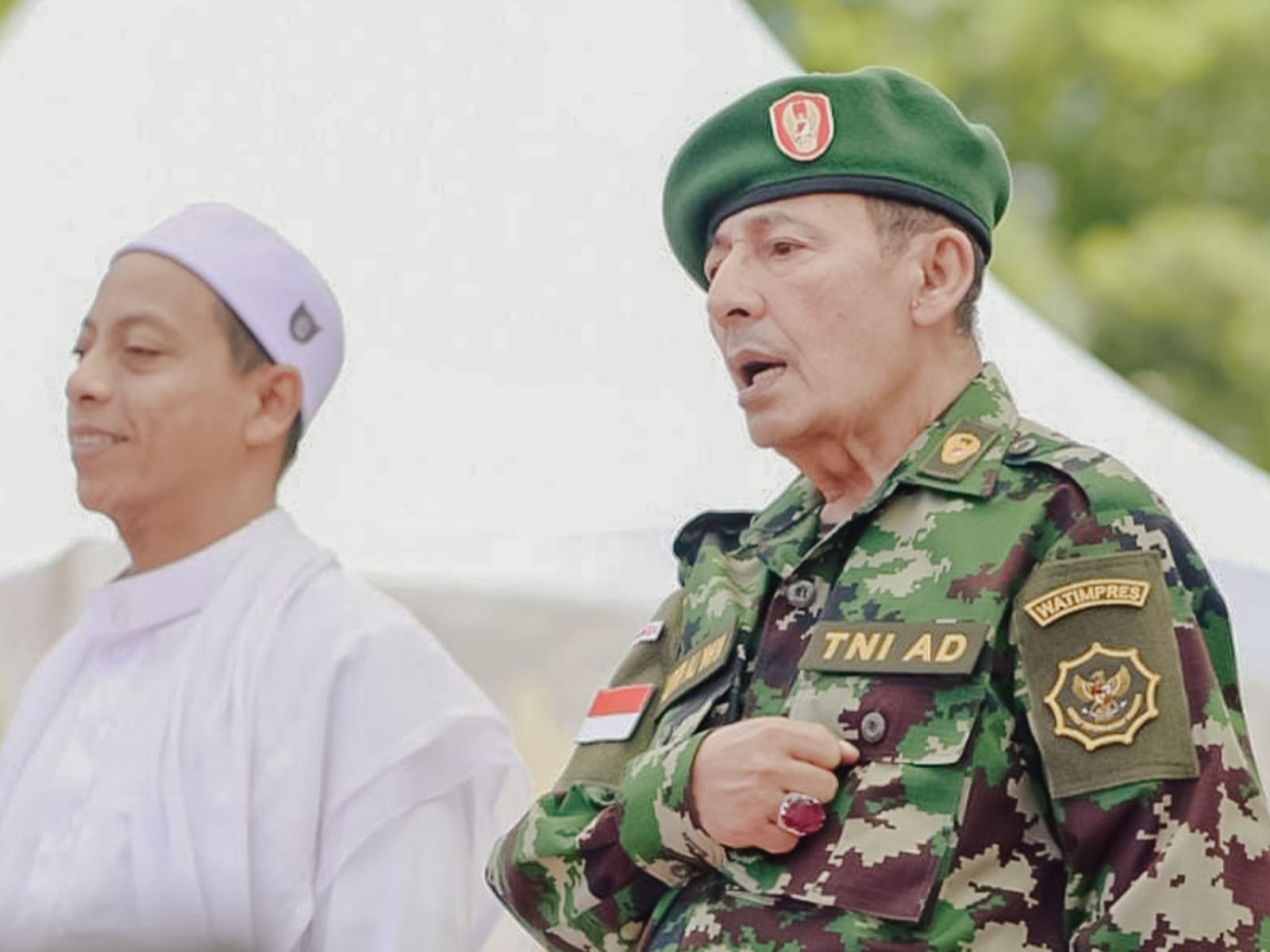 Wantimpres member Habib Luthfi, together with a number of regional leadership elements, attended the Merah Putih National Kirab in Tegal Regency on Saturday, December 17, 2022. The kirab group was released by Tegal Regent Umi Azizah from GOR Trisanja Slawi to further take the route of about 2.5 kilometers to the Tegal Regency Government office. Riding the train, Habib Luthfi witnessed the festivities of the National Ceremony and the Merah Putih Kirab, which spread the Merah Putih flag along 1001 meters, involving thousands of students, youth organizations, and community elements.

In his brief mandate, Habib Luthfi advised the younger generation to play an active role in maintaining and caring for the Republic of Indonesia. “This kirab is intended to add to and strengthen our love for the motherland. “By flying the Merah Putih flag, we want to show who we are while maintaining the authority and honor of our nation,” he said.

Meanwhile, the Regent of Tegal, in his mandate, expressed his appreciation as well as a special thank you to Habib Luthfi, who continued to support the implementation of the Merah Putih National Kirab even though the preparations were carried out in a relatively short time. “Alhamdulilah, also to everyone, we thank you for continuing to promote the love of the Merah Putih homeland of Indonesia,” he said.

The Regent also reminded everyone to be wary of parties that want to undermine the authority of the government, including groups that want to change the ideology of the state. That’s why the Merah Putih National Kirab remains relevant and should continue to be held.