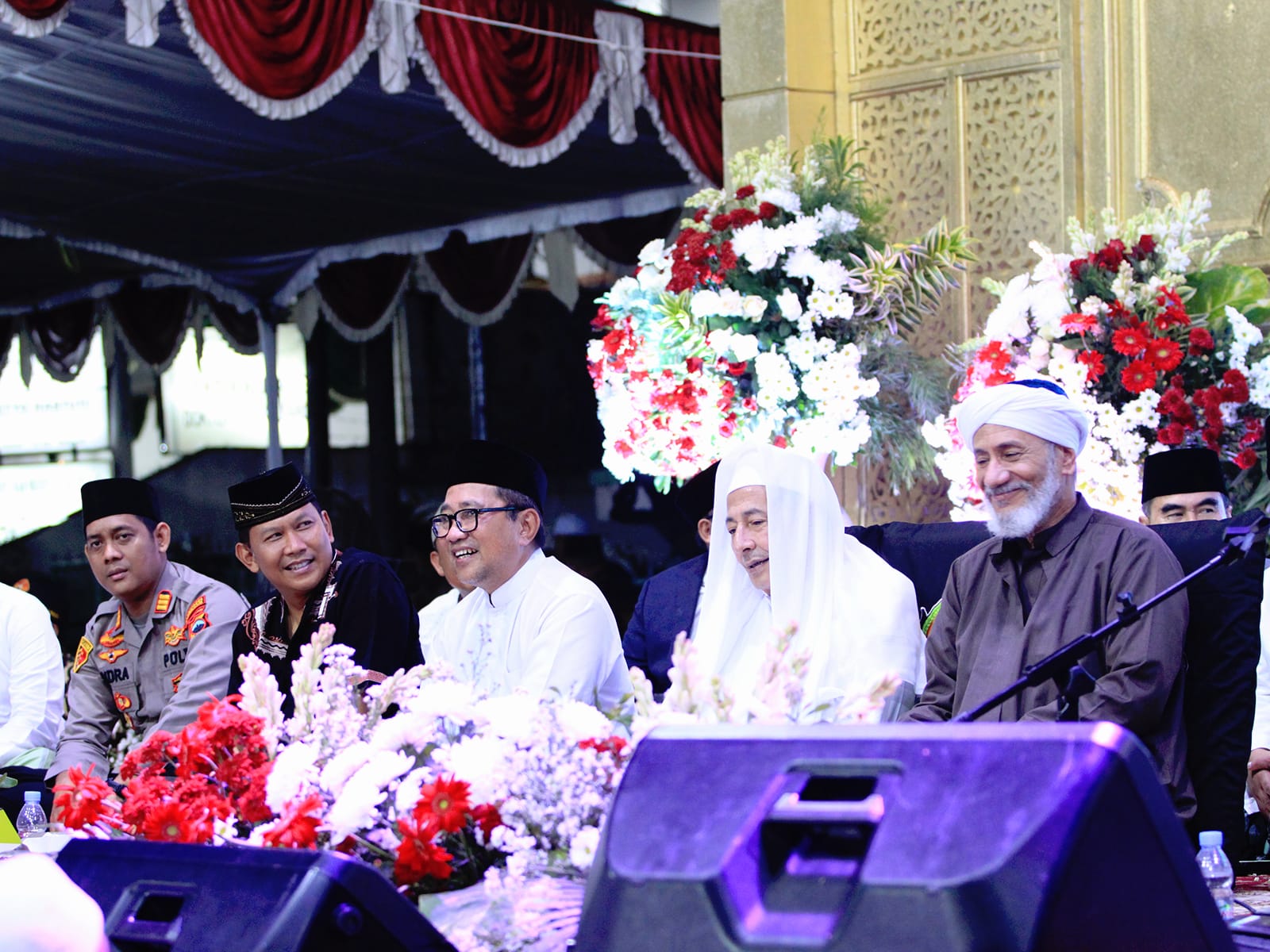 Member of the Presidential Advisory Council, Muhammad Luthfi Ali Yahya (Habib Luthfi), accompanied by Secretary Member of the Wantimpes Hasbullah Ahmad, participated in an operation commemorating the Maulid of the Prophet Muhammad as well as Haul Habib Hasan bin Thoha bin Yahya (KRT Sumodiningrat) on Wednesday (30/11) in the Sheikh’s grave area, Kramat Jati, Semarang. The Maulid Nabi and Haul activities were the culmination of a series of previous events, such as the Merah Putih Carnival of Unity in Diversity, cultural parades, exhibitions, and UMKM bazaars throughout the city of Semarang.

Habib Umar Muthohar, caretaker of the Al Madinah Islamic Boarding School in Cepoko, Gunungpati, and Semarang City, who took part in giving a lecture citing a message from the Messenger of Allah, “Whoever believes in Allah and the Last Day, let him say good or keep silent.” (HR. Bukhari). He reminded them of the importance of holding a haul and commemorating the deaths of pious people like Habib Hasan bin Thoha bin Yahya. Every haul contains thayyibah sentences, which are good sentences that, when spoken, bring us benefits and rewards. This is especially important during difficult situations, including the current pandemic situation. We must be able to take lessons from the importance of wearing masks in relation to being caught. The sentence thayyibah is recited in the sermon, which is a good sentence, so the lesson from wearing a mask is essential for us to guard our speech. The current damage and chaos are the result of some people’s desire to comment on something they don’t understand, to speak without knowledge. Our country would be peaceful, safe, and peaceful if we understood the philosophy of the mask.

In line with Habib Umar Muthohar, at the end of the program, Habib Luthfi also conveyed a short message so that we should not be easily divided by adapted news (hoaxes). Do not let our trust in the government, religious leaders, and TNI/Polri fade due to the propaganda of certain parties. It is hoped that through the commemoration of our nation’s figures, we will never forget history and, at the same time, raise awareness as children of the nation.