Mutual Respect and Tolerance Must Always be Maintained 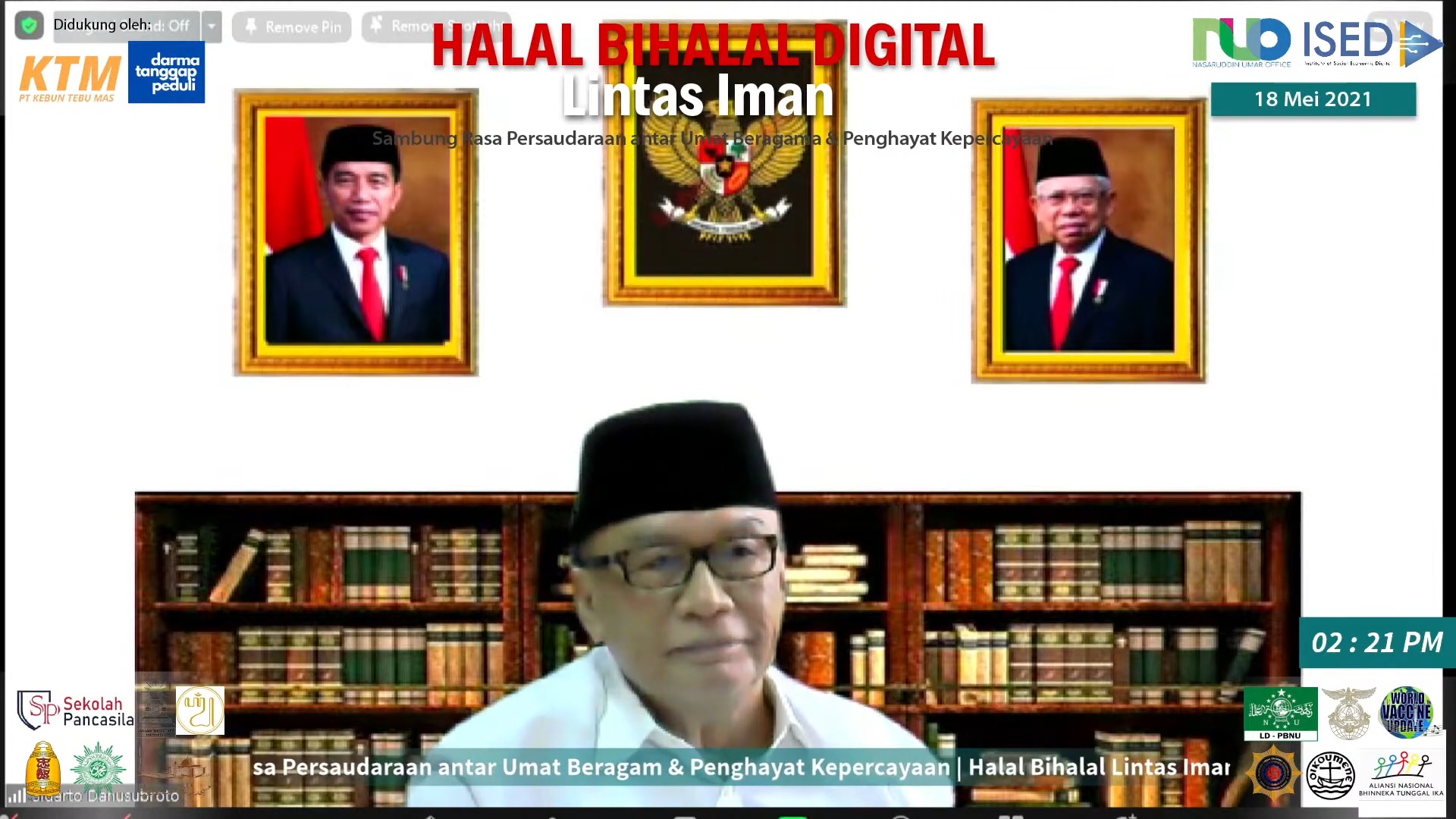 Member of the Presidential Advisory Council, Sidarto Danusubroto, said that this year’s Eid Al-Fitr Day is special because it coincides with the Day of Ascension of Isa Almasih which is celebrated by Christians.

“The celebration of Eid al-Fitr and the commemoration of the Ascension of Isa Almasih which occurs simultaneously is a moment to show our mutual respect” said Sidarto Danusubroto at the Interfaith Digital Halal Bihalal event organized by the Institute of Social Economic Digital (ISED) and Nasaruddin Umar Office (NUO), on Tuesday (18/5). Halal Bihalal carries the theme of To Connect the Sense of Brotherhood Between Religious People and Believers.

Furthermore, it was said that the Founding Fathers had shown this mutual respect and tolerance in formulating the Jakarta Charter. In order to maintain the unity and integrity of the Indonesian territory, at that time the Islamic leaders agreed to eliminate the sentence which read, “with the obligation to carry out Islamic law for its adherents”. This shows how Islamic leaders at that time had a big heart.

The Indonesian nation consists of many ethnicities and religions, so that Indonesia is not only for certain groups. Indonesia is a pluralistic, multicultural, multiethnic and multi-religious nation. All people of the nation have the same rights and obligations to develop the nation and state of Indonesia.

Diversity is a gift. The real enemies are radicalism, terrorism and intolerance which undermine the integrity of the Indonesian nation. Therefore, Sidarto said that so that this threat does not grow, a good understanding the of four pillars of nationality must be given to the young generation, namely Pancasila as the basis and view of life of the Indonesian nation, the 1945 Constitution as the state constitution, the Unitary State of the Republic of Indonesia as a form of the state which is the commitment of the entire nation, and Bhineka Tunggal Ika as the ideal value system for Indonesia.

The Minister of Religion, Yaqut Cholil Qoumas, also conveyed the same message that celebrations of two different religions on the same day are a momentum to strengthen tolerance in Indonesia.

“Let’s increase religious tolerance and harmony, not only symbolically during celebrations but also in religious life and social life,” said the Minister of Religion.

Even though the celebration was carried out in a pandemic situation, with modesty and full limitations, the religious meaning and message did not diminish. The Eid Al-Fitr celebration is a moment to create a new spirit in spreading kindness and grace to all nature. The commemoration of the Ascension of Isa Almasih has a message so that people will always have joy and enthusiasm to serve even in a life full of suffering. These messages are important especially when we are fighting the Covid-19 pandemic, which requires solidarity and togetherness.