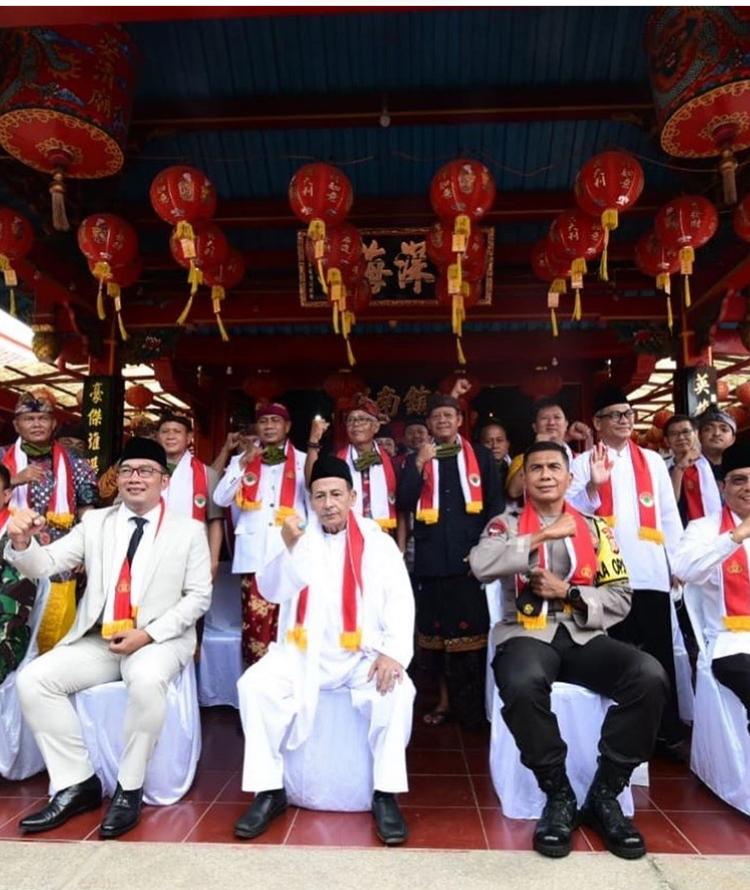 Muhammad Luthfi Ali Yahya, member of Presidential Advisory Council, together with the regional leadership communication forum (Forkopimda) as well as religious and community leaders attended Silaturahmi Kebinekaan(communal bonds of gathering in the diversity) aimed to strengthen the national unity and integrity in Indramayu regency on 12 August 2020.

First held in West Java province, the silaturahmi kebinekaan is centered in three different places including the Mosque of Islamic Center Syeh Abdul Manan, the Monastery of Dharma Rahayu (Chinese temple of An Tjeng Bio), and the Church of Santo Mikail.

Muhammad Luthfi in his speech encouraged the people of Indramayu to maintain the unity and diversity of the nation because the two principles represent the nation’s characteristics. He said that the diversity is the noble teaching from the nation’s ancestors that should be preserved and passed down to next generations.

As a big country, Indonesia upholds plurality and diversity. Yet, they should be followed by sense of tolerance in order to create peace and harmony. Consequently, Indonesia will become a good example of a diverse country with low of SARA (ethnicity, religion, race, and groups) conflicts. “Indonesia is a diverse country that loves peace. Let’s preserving the diversity as our foundation of development” Muhammad Lutfi said.

Meanwhile, the Governor of West Java Ridwan Kamil also asserted that they commit to make West Java as a province that upholds tolerance and become “home of diversity”. Silaturahmi Kebinekaan will continually be held in other regencies and cities in West Java. (AIP)