Muhammad Luthfi Ali Yahya, Delivers a Speech in the National Gathering Across Religions 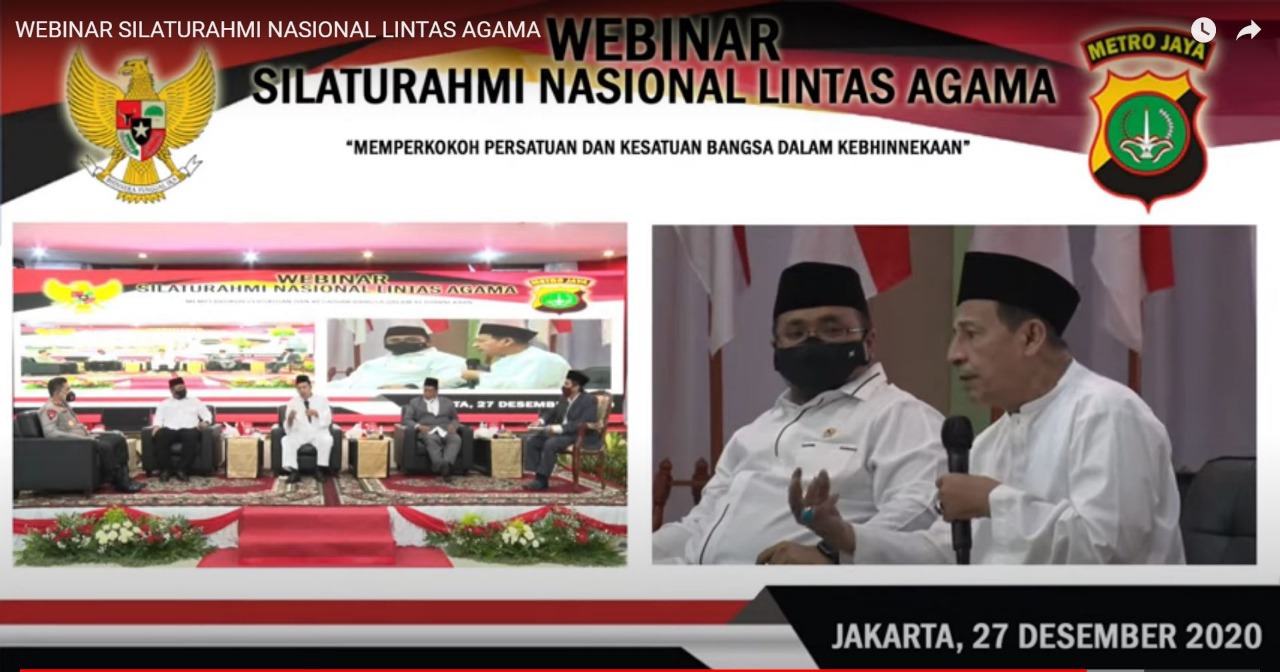 Muhammad Luthfi Ali Yahya, member of the Presidential Advisory Council was present and delivered a speech in the webinar of national gathering across religions titled Strenghtening the National Integrity and Unity in the Diversity which was held by the Jaya Regional Police on 27 December 2020 in the Jakarta Metropolitan Police Headquarter.

The event was held due to a shared ideas between the Regional Police Chief (Kapolda) Metro Jaya and Jakarta Military Command (Kodam) Jaya Commander to build a new way of thinking about how to view security in the midst of a pandemic. The Regional Police Chief Metro Jaya, Inspector General Pol, M. Fadil Imran said that the great progress of the world is supported by 3 things, namely knowledge, plurality and tolerance. In addition, the Kapolda also reminded all elements and groups of society that to maintain unity and integrity, we must develop a sense of security in this Covid-19 pandemic situation.

On this occasion, Muhammad Luthfi Ali Yahya expressed his appreciation and pride for holding this event. It should be an example for other regions to be able to hold this kind of diversity events. To prevent the decline of nationalism, as a nation, there must be a sense of belonging to this nation which is fortified by the strength of each religion. Maintaining nationalism by exemplifying the Nation’s Teachers, of the Sunan to fortify and block all unwanted forms.

The Minister of Religious Affairs of the Republic of Indonesia, K.H. Yaqut Cholil Qoumas urges us to make religions as inspiration not as aspiration, for example, there are people who have recently led religion as a norm of conflict (those who are different from his belief will be considered as an enemy).

In this Webinar, religious figures and leaders who were present recited the national pledge as a commitment to maintain unity and integrity for the sake of creating peace to benefit the beauty of differences in unity.

Deputy Chairman of the Islamic Ulema Council (MUI), K.H. Marsudi Syuhud conveyed that we, as a nation and state, even though we have different beliefs and faith, are still united to advance this country which is a collective agreement. Present at the event were the Minister of Religious Affairs of the Republic of Indonesia, K.H. Yaqut Cholil Qoumas, Kodam Jaya Commander, Maj. Gen. Dudung Abdurachman, Deputy Chairman of MUI, K.H. Marsudi Syuhud, Deputy Governor of DKI Jakarta Ahmad Riza, as well as representatives of religious and community leaders. (AM)