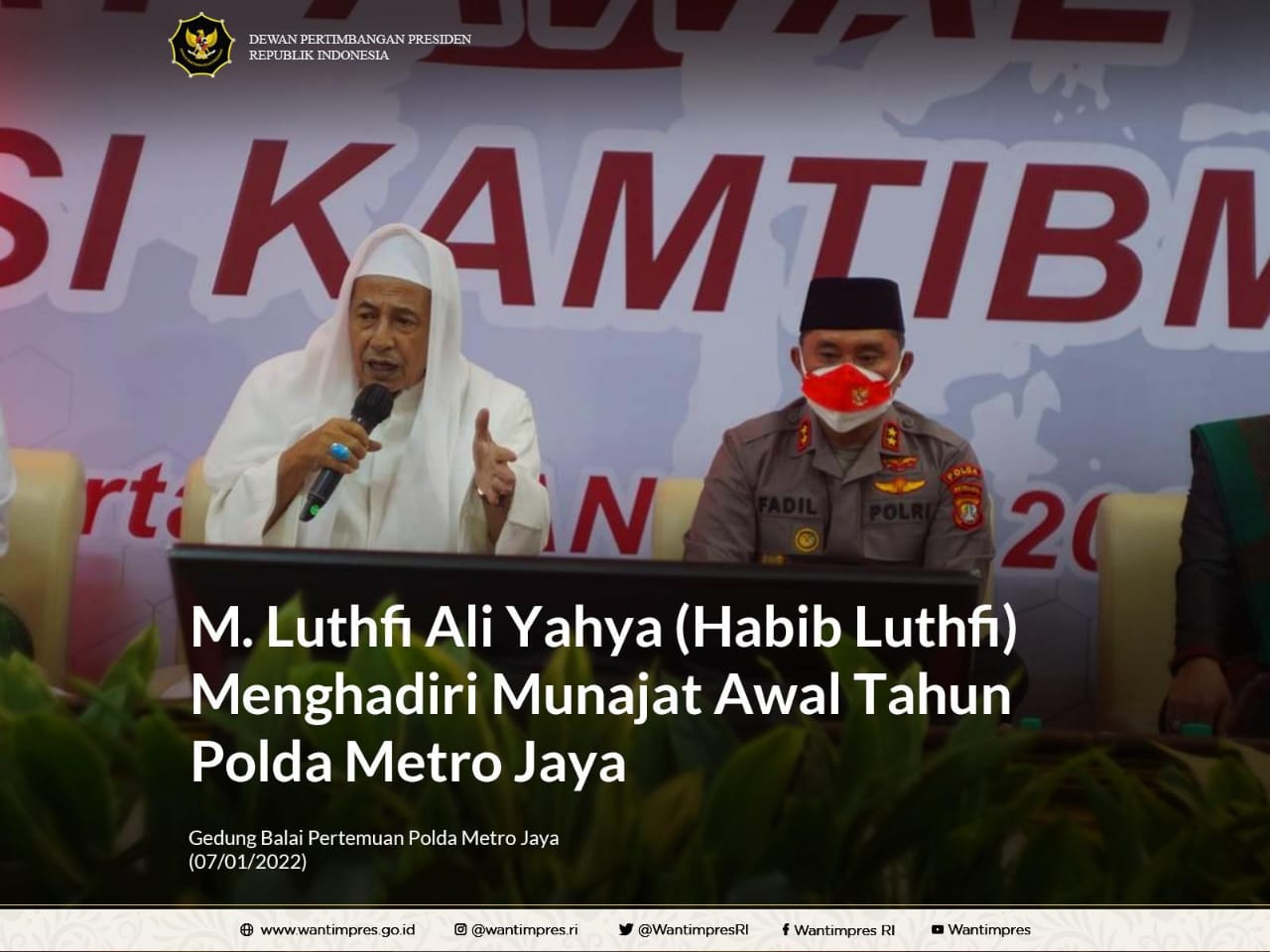 Starting 2022, Polda Metro Jaya invites Alim Ulama, Habaib, Kyai, Ustadz, religious leaders, and community leaders from various regions to pray to Allah SWT so that DKI Jakarta remains healthy, safe, peaceful and cool and unity and integrity can be maintained. On this basis, the Polda Metro Jaya held an Early Years Munajat event in order to create a safe and conducive kamtibmas situation in the jurisdiction of the Polda Metro Jaya on Friday night (7/01) at the Polda Metro Jaya Meeting Hall Building.

In his remarks, the Metro Jaya Police Chief, Inspector General Pol. Muhammad Fadil Imran said that Ulama and Habaib were the biggest glue of the Unitary State of the Republic of Indonesia. Thus, he opposes if there are parties who want to clash between the ulama and umaro in maintaining the unity and integrity of the nation. “Such is the big role of Indonesian Ulama and Muslims so that the nation and country we love can be formed and exist,” said Fadil.

On this occasion, Member of the Presidential Advisory Council, M. Luthfi Ali Yahya (Habib Luthfi) was present and gave a speech. He said that to build the nation, maintaining unity and integrity is not as easy as turning the palm of the hand. We must take a cultural approach, consider local wisdom to maintain unity and integrity, then instill a red and white soul and a sense of love for the homeland.

The Munajat at the beginning of the year organized by Polda Metro Jaya will be an extraordinary example. Habib hopes events like this can be followed by other Polda-Polda.